Flatfoot, also called fallen arches or Pes planus, is a deformity where the arch that runs lengthwise along the sole of the foot collapses. This deformity can be rigid or flexible.

A painless flatfoot is a normal variant and needs no specific treatment. It is those flatfeet that are associated with pain that may need medical attention. This condition is usually associated with a progressive worsening of the deformity and may be due to a dysfunctional tendon responsible for maintaining the arch of the foot. Other causes of an acquired flatfoot include trauma or arthritis.

Treatment options for a painful acquired flatfoot depend on the cause, but may include anti inflammatory medications, bracing, therapy, activity modifications or surgery in the form of a flatfoot reconstruction.

The most common cause of an acquired flatfoot involves the deterioration of a major supporting tendon of the foot. Surgical correction of this condition involves removing the diseased tendon and replacing it with a tendon transferred from elsewhere in the foot. This transfer is then protected by realigning the bones of the foot in an attempt to recreate an arch and a more normal relationship between these bones. When an acquired flatfoot has progressed to arthritis, surgical fusion, or arthrodesis, of the joints involved may be necessary. 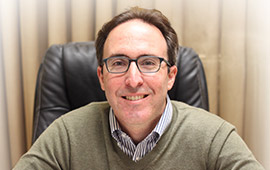 Notice: Click here to view information regarding COVID-19. We are set-up and available to offer our patients Telemedicine Visits.